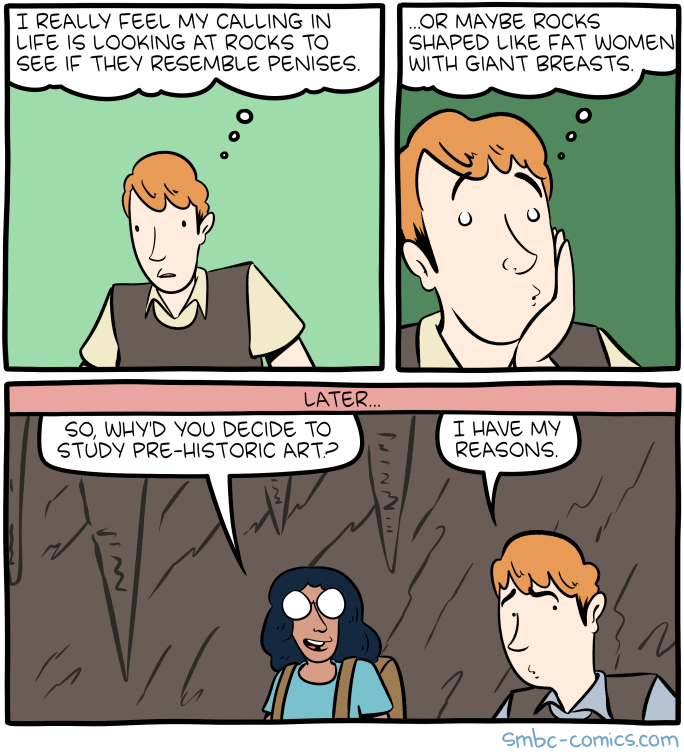 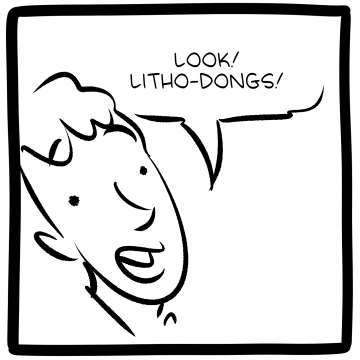 If you want to be happy, just remember there are very smart people who argue about whether a certain rock looks like a boob because of humans or because of natural processes.

I think I'll start making a thread for every day's comic, even when I have nothing to say. A lot of the time I have something small to say but don't have the willpower to open a new thread for it (especially on mobile), so I might as well get in the habit and make it easier for others to say what's on their mind.