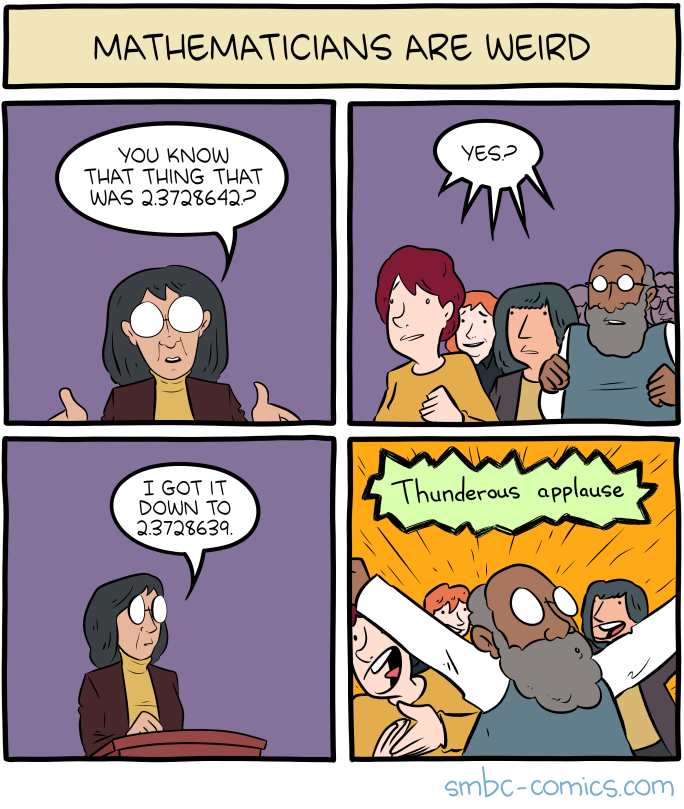 I had to google the number in order to understand what this is about. It's this: https://en.wikipedia.org/wiki/Coppersmi ... _algorithm

It's a matrix multiplication algorithm with time complexity O(n^2.3728639).

Strangely, the Wikipedia article just lists the complexity improvements made over the years, but doesn't describe the algorithm itself even a little.

Worth noting: the person who made the improvement mentioned in the comic is François Le Gall, who looks like this: 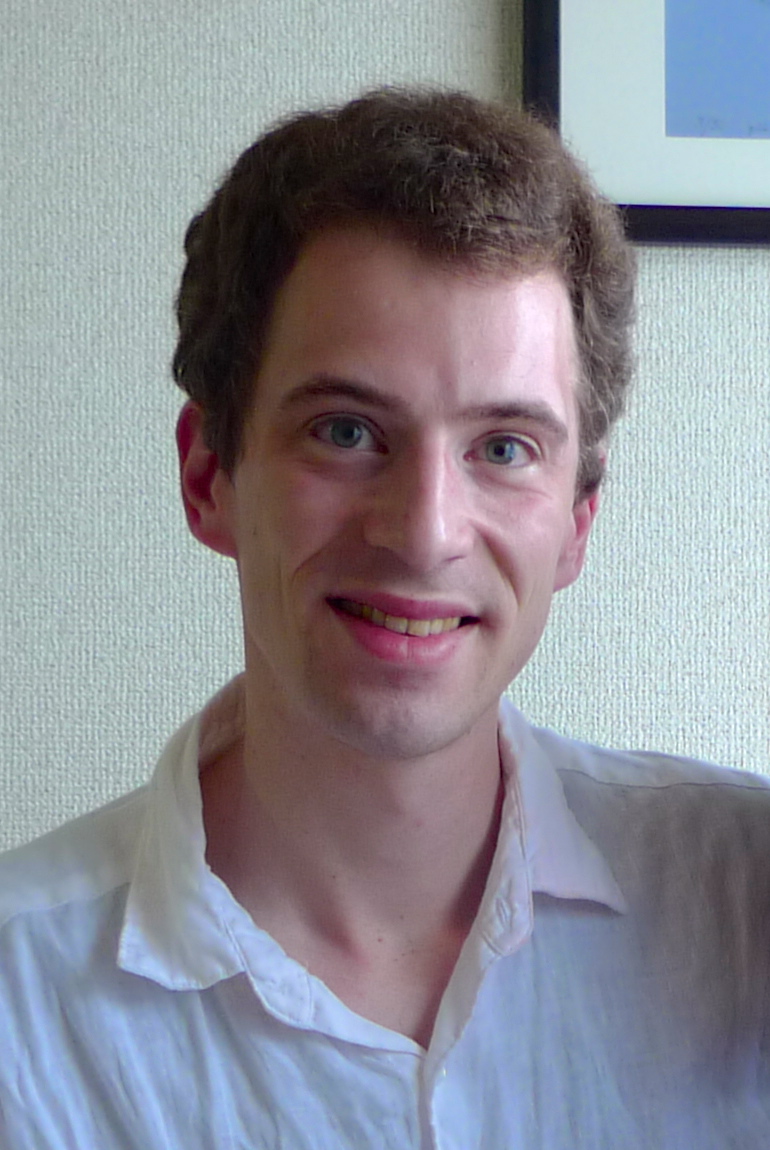 The comic shows a woman.
Top

Maybe Virginia Vassilevska Williams, who got it down to the first number in the comic in 2010? I don't see any pictures of her wearing glasses, though, and her hair's not that gray.
Top

The algorithm is described in https://en.wikipedia.org/wiki/Matrix_mu ... _algorithm. There you can also see a nice graph about how Coppersmith-Winograd came about in the early 80's, and read that the current record holder is a derivative of that algorithm:

The current O(nk) algorithm with the lowest known exponent k is a generalization of the Coppersmith–Winograd algorithm that has an asymptotic complexity of O(n2.3728639), by François Le Gall.

The suggestion that Le Gall spent 40 years toiling on improving C/W is indeed false; Le Gall is approximately (masters in 2003, PhD in 2006) 40 years old and I know for a fact the math curriculum in French grade schools isn't that good. The increase from 2.3728642 to 2.3728639 actually took him 'only' about 3 years, furthering research by Vassilevska Williams published in 2011.

What really puzzles me is the lack of stress on

these algorithms are only worthwhile for matrices that are too large to handle on present-day computers.

or the fact that mathematicians can get upset if a set of n calculations can actually take n calculations.
Now a confirmed Bayesian monist.
Top

You weren't supposed to actually, like, look it up and care about things! That's terrible, we should all be completely apathetic to everything!
https://www.amazon.com/s?i=digital-text ... r_ebooks_1

WOW....after reading the wiki-link...I thoroughly feel like a pig looking at a watch.

AlixeTiir wrote:You weren't supposed to actually, like, look it up and care about things! That's terrible, we should all be completely apathetic to everything!

How dare you be offended at something! I challenge you to the field of honor at whatever time you want, I don't care.
Top

You weren't supposed to actually, like, look it up and care about things! That's terrible, we should all be completely apathetic to everything!

What if Le Gall is an SMBC reader? Imagine seeing one of your greatest achievements being attributed to a cartoon person who not only doesn't even look like you, but is even the wrong gender! And has GLASSES!
Top

Ha ha ha. Whether you are being illustrated as a woman but still great work François Le Gall. click
Top
Post Reply
8 posts • Page 1 of 1