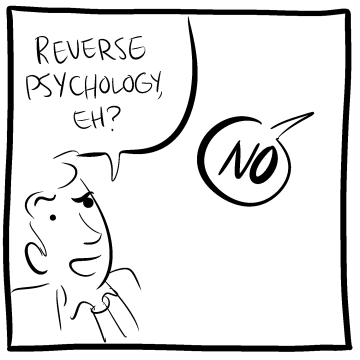 Also, read Bored and Evil. It appeals to my nerdy side and my horror-lovin' side. If you're any kind of human being you'll read the whole damn thing.

So, I put up two new vote buttons today.

My nerdly muscular, popular, and fetching webmaster was concerned that this would seem lame, but here's why it's not.

Any webcartoonist who says he's "just doing it for himself," is lying. If he were, there'd be no need to online the comic. The reason the comic is online is for other people to see, enjoy, and critique it.

As such, I want as many people in as many communities as possible to see the comic. Thus, I've got vote counters on several of the large sites.

That said, my view has always been that the vote is just a bonus. Certainly, as a reader, you aren't obligated to vote daily or ever. My attitude is that the vote button is like a tip jar. If you really liked today's service, you can show it by voting at one or all of the above links (BUT NEVER TWO!). If you didn't, by all means, don't vote, send me a nasty email, and spam my forum.


(BTW, it's really cool that Pierre-Luc Brunet has a site again. His original site was the first top list I ever joined and was very good to me. I don't know whose fault it was when everything went down in flames, but I really liked the original set up.)

Wow! We're doing great at Buzzcomix. I'll do my best to have a cool voting reward added this weekend. Would you guys like another Vince Invincible, or another Baby Moloch better?

IT'S THREE IN THE MORNING. I HAVE WORK TOMORROW. BUT THE DAMN COMIC IS DONE.