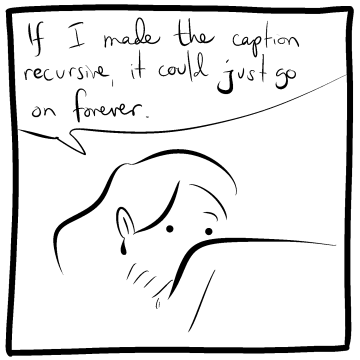 Hey guys, a message from Dani (it's for a good cause, so turn off the Warcraft, pull up your pants, and read):

I wouldn't ask for money if it weren't important, and it is. It's not for me, thought lord knows I could use some. But even if you donate one dollar, that's one dollar this cause didn't have before. I've been getting ULTRA involved in this program called RAINN (http://www.rainn.org/).

I've signed up for volunteer training, and after I complete it, I'll be able to assist rape victims over the phone, over the net, and even in person at HOSPITALS. I've also signed up for their Speaker's Bureau, and I'll be getting the chance to speak at schools about sexual assault, and tell people my story (hopefully offering hope to people who have been through horrible experiences).

But it's not enough. I also want to get involved in their events. Particularly one called RAINN Day 2006. Did you know that 1 in 6 American women experience an attempted or completed rape in her lifetime? This year, RAINN Day will take place on Thursday, September 28. You can sign up at http://www.rainn.org/news/get-carded-2006.index.html and RAINN will send you updates and event ideas very soon. RAINN Day is a great way to raise awareness on campus for the fight against sexual assault.

Did you know that people in college have the highest risk for sexual assault? That's why I want to create an ad on FACEBOOK! I thought, what better way to reach college students and get them to raise awareness on their campuses than taking out a FACEBOOK AD?

The problem is, there's a minimum dollar amount, and that amount is $50. I can't afford that. But if you tell your friends, and if they tell their friends, and everyone donates a dollar or two, I'll have enough in no time! $50 is the minimum, but the more money that gets raised, the more schools I'll be able to advertise to, and the more students we can reach. Feel free to copy and paste this anywhere. Thank you so much for your time.

The infamous MarTAY has put together a number of things to improve your quaking experience.

1) A ONE-OF-A-KIND piece of software colloquially referred to as "The Quake Signal." This sits in the lower right-hand portion of your screen and lets you know when battle is afoot.

2) CUSTOM TEAM FORTRESS, which means that the ridiculous quotient has know been quadrupled. You may now play as a Berserker, Warlock, Judo Master, and a bunch of other crap.

2.5) MarTAY also created some software to allow you to customize your class prior to actual gameplay. INSANE!

3) GO PLAY QUAKE NOW. I will log in as "Pterrordactyl" to defeat anyone who challenges.