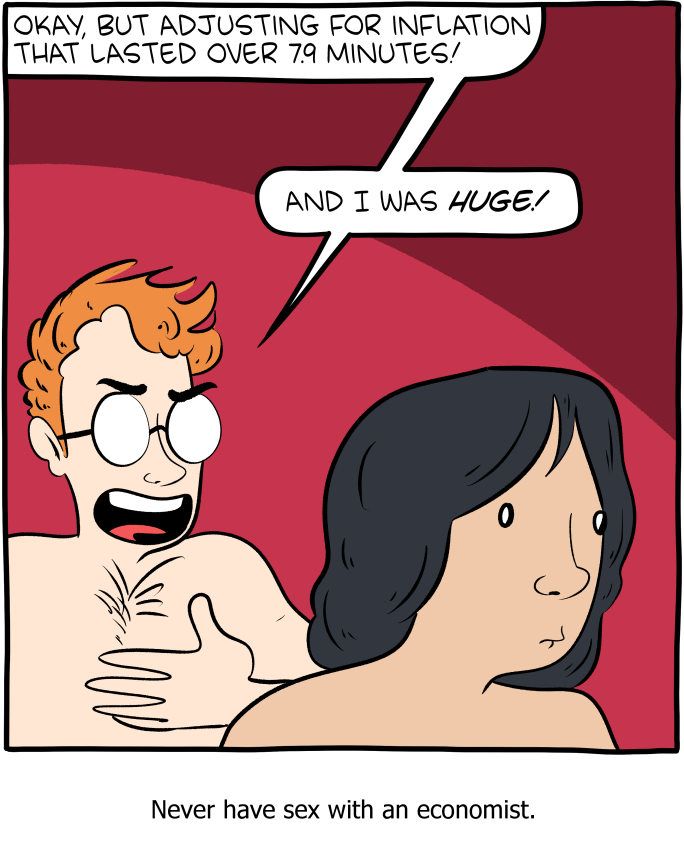 Alt-text: "There's probably a stagflation joke here, but I couldn't think of it."

Why Zach - stagflation is where you would marry that economist.

And like with all eternal growth illusions (there's several dozens more jokes in that phrase alone, but I'm not paid to explore those further) reality is much worse than how you conceived it (pun treasure trove right there), so it can only be celebrated beforehand. Hence the phrase 'stag party'.

And now I'm wondering why succesful marriages are the only ones guaranteed not to end with a party...
Now probably a Bayesian monist.
Top
Post Reply
1 post • Page 1 of 1