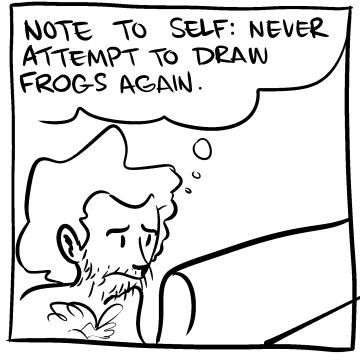 2013-06-06
WOOH. Technically, there are some glitches in the early archives, so I don't actually know which comic this is. BUT, the longer I do this, the closer the large round numbers get to being correct.

Thanks for giving me the best job ever, geeks.

That's the highlights. The full version is on the channel as well.
2013-06-03
Hey geeks! James and Marque's new cooking channel for cheap-asses such as you and I. Please go check it out! 2013-06-02
Have I mentioned recently that we have a facebook group? Only badasses are allowed in. Good luck.
hi