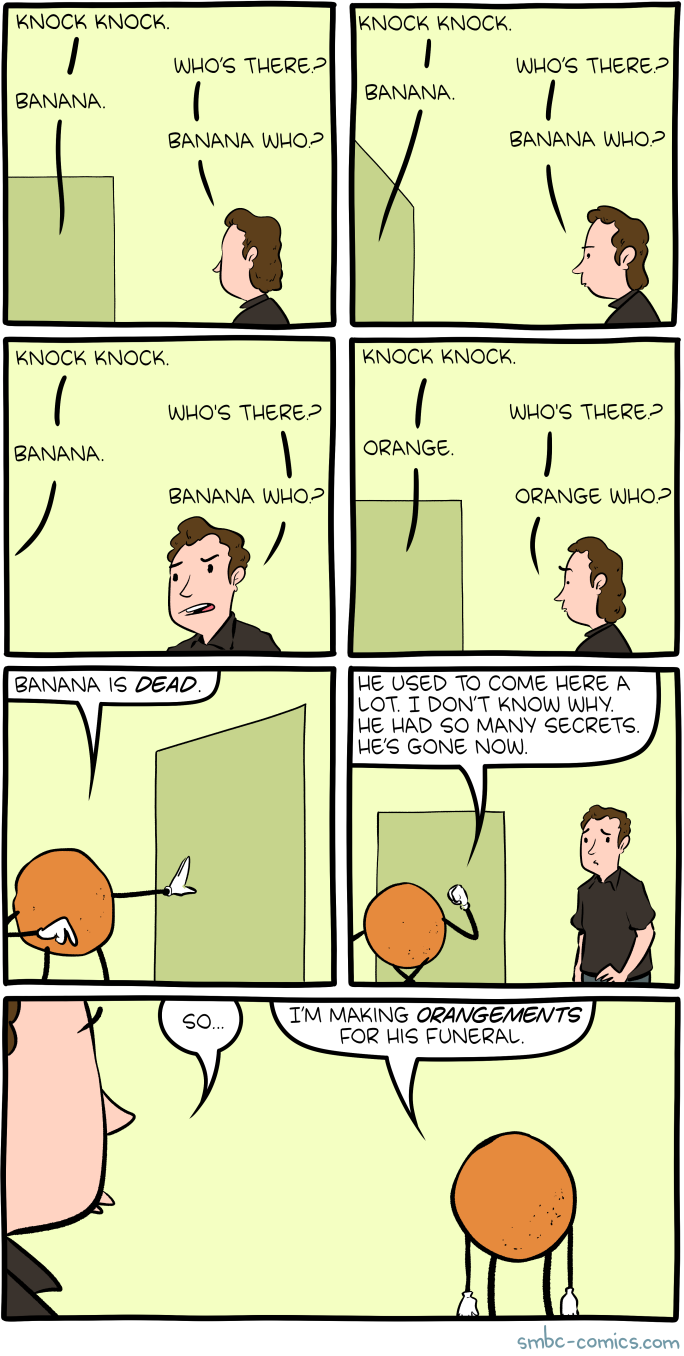 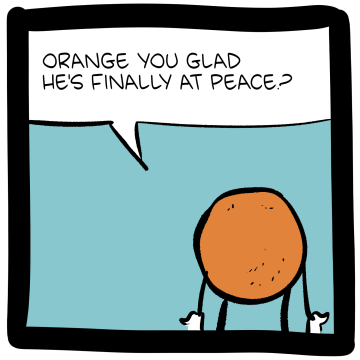 Thanks to all the RSS-using freaks who wrote in regarding font formatting. My current hypothesis is I'm creating issues by copy-pasting from google docs to this field. My next post about gourds and the nature of existence will be deformatted (is that a word?) before being sent out.

OK, friends. I’ve figured out how we’re going to do this.

I’ve gotten a surprisingly large number of positive responses to the blog. I have no idea if this represents a large group, because you are all the type of weirdos who read the blog on a comic, or else use rss. Because nobody consumes Internet in this form anymore, it’ll be a sort of secret newspaper. Here’s how it’ll work.

I’ll post entries from time to time. You can write in through my email, and if it sounds fun, I’ll post what you wrote and respond to it. If you want to post a notice, such as a birthday greeting or congratulation to someone, you can send that as well and I’ll drop it at the bottom of the blog.

This will continue until such a time as it stops being fun. If it continues to be fun for a long time, I’ll look into starting a newsletter or blog or something. Anyway, here we go.

On Cucurbits as the Ideal Living Organism

These days, I live on an old farm. Very little farming is done on the old farm, other than the one or two times a year when a local actual farmer hays some fields.

But, I do keep a garden. An underappreciated fact about gardens is that they closely reflect the mental state of the gardener. Mine is currently going well overall, but covered in weeds because I haven’t had time to pull them. Plants in need of affection are doing without and stubborn unwanted weeds are doing better than they ought to. Still, I have some corn, beans, eggplant, tomatoes, and a few other things, but my most doted on plants - the ones I pause to examine several times a day instead of pulling stray grass from around the tomatoes - are the cucurbits.

I first encountered the word cucurbit, I believe, in Burton’s translation of the 1001 Arabian Nights. Burton is a great way to learn new words because he employs them liberally in translation, and he has quite a lot to translate. The other one that sticks with me is the beautifully trochaic “caravanserai.” Anyway, I believe Burton used “cucurbit” to refer to a hollow gourd used as a canteen. However, it has a broader botanical meaning, referring to the types of plants usually called melons, cucumbers, and gourds. The cucurbits. Watermelons, pickling cucumbers, luffas, birdhouse gourds, pumpkins, and points in between.

If you’ve grown them, you know they’re related. They have the same look and the same growth pattern. They put out big leaves forming a sort of half-dome around their base until they’ve captured all the sunlight, at which point they fire off long runners that can be twined up fences and poles. Kelly and I have a joke about how they always seem to put out a bunch of male flowers first before finally agreeing to make female ones when they find no takers. As if they’re saying with their flowers “anyone going to let me get away with this? No?”

Cucurbits have two qualities I’m excessively fond of. First, they put out little feeler vines that whip around in circles until they get ahold of something. This is why they gracefully grow up fences, but it’s also how they situate themselves on the ground. If you have a long runner and you remove the feelers, the whole runner flops over. Before having this garden I always thought the vines were for growing up, but they also serve a more basic function of orienting the leaves so they gather light. The amazing thing is that if you remove the vines, causing the runner to fall on its side, new runners will come out to fix things, just like a fallen animal righting itself. Now and then, the vines fail to get a grip on anything, and then they sort of flail around, reshaping into little infinities and helices and tangled springs. Their behavior is so varied and so searching and almost animal-like that they become endearing in a way other plants, in mechanically following their simple leaf-flower-fruit pattern, never achieve.

The second delightful quality of cucurbits is surprise. Cucurbits are the animals of the garden. They hide things. If you pull aside a pair of cucurbit leaves near the base of the plant, you’ll find a universe in miniature. I sometimes try to imagine an ant under a cucurbit’s canopy. All around you there are these huge green trunks that arc upward toward great shadowy-green leaves where little stomata concentrate carbon dioxide out of the air. Under those leaves, the world is cool and moist, even on hot days. The air is gentle, even on windy days. When storms come, the spade-like leaves funnel water down the trunks, so that I suspect if you were an inch tall you could find a good dry spot even in a torrent. And here and there, like eggs of a bird you never see, you find fruits. Only, you don’t always find them.

I once grew Armenian cucumbers, which are actually a type of melon, but with the flavor of cucumber. They taste good of course, but the fun thing is that they grow enormous. In good conditions, the fruit will get up to three feet long, looking just like a gigantic pale cucumber. The ideal harvest length is at about 2 feet long, because then the flesh is soft and the skin is edible. The year I grew them was the first year of covid, and the garden was as always a reflection of my mental state - a planned large garden had been killed by lack of time and worrying about my family, so that the only surviving plant was one that just refused to stop. It grew almost wild, and I remember at one point having to eat about a pound of cucumber a day just to keep up with its extravagant production.

As the summer was easing into fall, I walked out one morning, and beneath a leaf, in the hidden world of ants, there was an entire perfect cucumber - just about a foot and a half and ready to pick. It had gone through the entire process - a female flower growing up green and patient, fading to yellow petals, opening, fertilized with the aid of an and or a beetle. The bud would’ve fallen off as the fruit grew elongated, filled up with sugars built from air and water drunk from earth. I had missed the whole miracle of this unfolding algorithm until, in that way only plants can do, it announced itself with a change of color and texture.

It takes a lot to make an adult happy, but when something like that happens, you get to feel the kind of happiness normally only reserved for kids. Happiness because your entire sense experience resolves itself within a single adored object that belongs to you.

This is the strange thing about being a little animal experiencing the world. Things that don’t really affect your life can move you in ways that the vortex of history doesn’t. The metaphor I prefer for this is vision. Because you look at the world through eyes, and not through a giant matrix of parameters, small close objects cover as much of your field of view as large distant ones. But there’s a danger in obsession with the large and distant, which one sometimes sees in friends who’ve become obsessed with current events or online chatter. Their reality becomes virtual - the field of vision is filled, but nothing can be touched. Everything is vast and far, and nothing is close enough to smell.

This year I have 7 cucurbits. Luffa, bottle, and bushel gourds; jack-be-little, fairytale, and mammoth pumpkins; and some mystery cucurbits that sprouted in compost, and which I suspect are some kind of cucumber. This fall, if things go well, the pumpkins will be decorated by kids or made into pies and cakes. The gourds will be hung to dry and then made into sponges and pots and toys next summer. The cucumbers will be long gone. And, I will have touched and smelled and been briefly and happily resolved into every last one.

Now then, the mailbag:

Ross Presser responded to the post about peak authorial expansiveness occurring in middle age with some good points:

“One thing you haven't accounted for is that when looking at published authors, you have a remarkably narrow selection of the gamut of humanity.  Most people are not published writers. You've noticed that the published writers who continue to publish into old age are less reflective than they were in middle age. This says nothing about writers who stop publishing after middle age -- or those who die during middle age, for that matter. And it says less than nothing about people who never publish at all.

>>> But the recompense is that you expected old age to be miserable, and in fact it isn’t.

Another aspect of the same point is that authors who get more and more gloomy as they age may have a harder time selling their work.

A third aspect of the same point is that a famous, elderly published author gets a much lighter hand from their editors than a struggling or mid-list younger author.

I especially appreciate the point about about selection bias here. I wonder if a better model would be that there’s a misery sweet spot. No misery, no reflection. Too much misery, no will to communicate? I’ve noticed in my own work that there’s a kind of ideal stress level. Too little ease and somehow the really clever ideas don’t come. Too much stress and you can’t pursue ideas through the forest of internal screaming.

Probably the answer is that it’s complicated and none of these models are very good. Ah, well, it’s fun to think about.

One more interesting email I got was from John Nagy:

Neither, I think. At 69 myself, I found my 30's to drive home my impending failure to be miraculous. This made my 40's and 50's a time to try to make up for it or set worthwhile goals I could actually reach.

Now approaching 70+, there's no less need or inclination to wrestle with reality. Just experience with what I get when my reach exceeds my grasp.

I have much more to say about this but there is a squirrel outside my window.

This is a perfect email, and I have nothing to add, other than that I’m pleased to note how well it fits with my cucurbit story.

That’s all for now. Thanks to everyone for writing in - please know I read every word of every email but I don’t write back because I don’t have time and because I don’t want it to become an obligation.