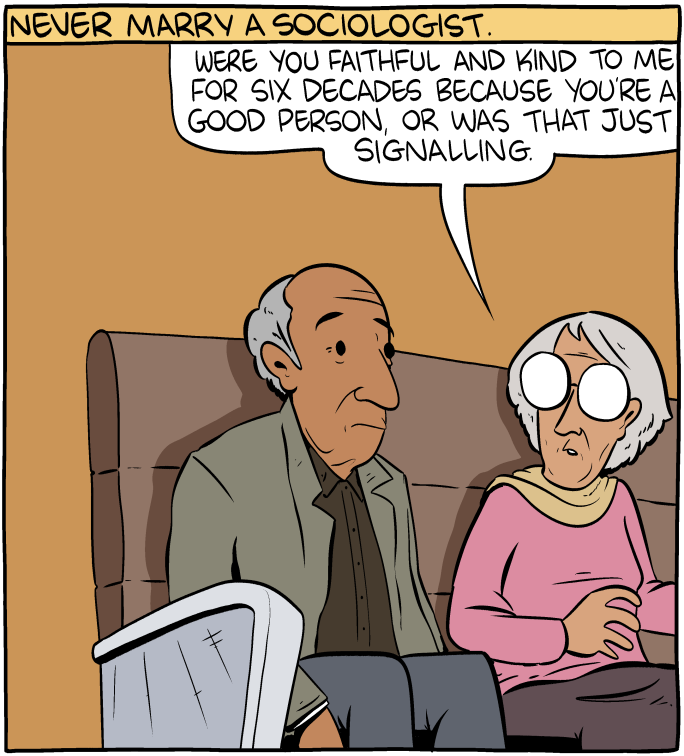 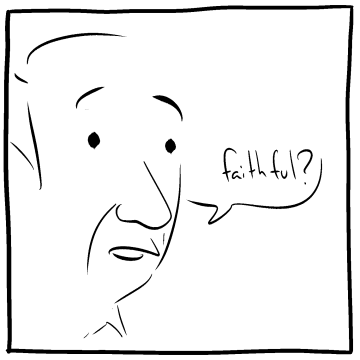 Just a few days left to submit your proposal for BAHFest London!

This was a fun little introduction to ideas of anarchism. It’s a short book, and I don’t have too much to say about it, other than that I’m sympathetic to the idea of having as much as possible accomplished by free association between voluntary actors. Whether it’d work for a large body of people, I haven’t got a clue.

You may have noticed my artwork’s gotten a little more… painterly? I’m not sure the right word. But, I wasn’t sent this book and decided to read every page. It’s interesting to see Watterson’s early style - he’s still finding his way, and doesn’t yet have that calligraphic style he eventually mastered. Of course, it’s still ten times better than me, but you can see where he’s still figuring out how to do things.

We Can Build You (Dick)

This book is all over the place, and it is very hard to follow. If I were more concerned about the appearance of intelligence, I would call it “post-modern.” As it is, I just found it confusing. What *is* interesting, is that it has a lot of the motifs that’d later appear in Dick’s magnum opus, Do Androids Dream of Electric Sheep, including the concern over whether oneself is in-human, and the emotional tests used to detect machines. It even has the motif of the spider that’s so crucial in that later work. But, as a book alone, it’s not solid gold. It’s almost like a dream about that later book - a sort of creative fluid that needs to congeal into something more graspable.

I just absolutely adored this biography of John Conway, the great mathematician. It’s been a while since I read a great memoir of a scientists. They’re typically written without much love or understanding of the work. The other of this book had many many interviews with Conway, in addition to doing an immense amount of research. It’s just delightful, and I recommend it.

This comic book is a sort of dreamy stringing together of some of the famous Feynman stories and lectures. I definitely enjoyed reading it, though I found it hard to tell if the comic book format added to that. It also (necessarily, but…) ends up painting a picture of Feynman as he saw himself, and mythologized himself, for better and worse. I did really enjoy it, though.

Call the Midwife: Farewell to the East End (Worth)

Well, the first book in this series was great, the second was solid, and this one ends up somewhere in between. It’s really a return to more stories of midwifery, and this is facilitated by using stories from other people alive at the time. I don’t know to what extent they are fictionalized, and I frankly don’t care. They’re great little stories. Worth also takes a strong stance for legal abortion, which is bolstered by horrifically detailed tales of what abortions were like in her time, when performed in secret by women with little to no medical background, using literally medieval methods.