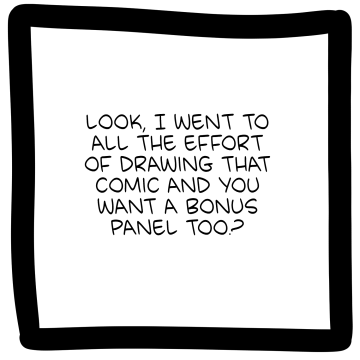 Well, I got a surprisingly large number of emails about the post on Christopher Milne. I am thinking about exactly what to do here exactly, but I'll probably post more from time to time about books and things.

Also apparently I can put a title on the blogs.

Oh my goodness, friends. Something very cool happened today with a book project I have kept secret for a long time, but which will be revealed soon.

Here's an obscure reference: it reminds me deeply of the works of Lilias Rider Haggard, which you haven't read. However, you may know her once-quite-famous author father Henry Rider Haggard, best known for creating the character's Allan Quatermain and "She." In both cases, the parent was the more famous author but lacked a note present in the child. Both Lilias and Christopher do pastoral writing and had lives intersected by the Second World War. Lilias is obscure now, though Christopher Robin may hang on longer thanks to the eternal Disneyfication of stories about Winnie-the-Pooh. This hasn't happened with Henry Rider Haggard because his novels are mostly set in colonial Africa, and though some are less-racist-than-you'd-guess, they are very much books of their period. As I recall, they even have forms of bigotry I hadn't known existed, like deep concerns about English men marrying Dutch women, and the general treacherousness of the Portuguese!

Anyway, I'll tell you what I like about both Lilias and Christopher's work, which is that they're what HR Haggard called "small beer" books, meaning that they're not after big literary achievements. They're just talking about what it was like to be the author at a place and time. This is me slightly stereotyping, but I think the project of a small beer book is helped along by being British. Somewhere Bill Bryson wrote about how the reason he loved living in Britain was how the British could get so delighted by the trivial. It took so little to arouse joy - the weather, a nice hedge, a bowl of custard. In Christopher Milne, he writes about the tedium of managing a bookshop in the village of Dartmouth with the same level of interest and detail that he gives to his war service in Africa and Italy. I don't think this is an act - it's the genuine feelings of a very private very shy man silently and deeply moved by a quiet almost-anonymous life.

You can also see that Milne, had he wanted and had the nerve, could've been an excellent essayist. In a short book he has beautifully phrased thoughts about religion, society, nature, literature, and to my mind he is especially moving when he writes about caring for his daughter Clare who had cerebral palsy. There's a "Prayer for Owen Meanie" quality to it, in that one of Milne's repeated laments is that he had his father's good brain and his mother's ability to make things, but did not excel at either. But then you find him later in life able to use those hands to make a special wheelchair for his daughter and a spoon so she could feed herself. And the part of his mind that is sentimental and fit for writing is able to see the beauty in it.

So go read it - it's called The Enchanted Places. Also, go read anything by Lilias Haggard. None of it is in print any more but none of it costs much, and it is pure liquid charm.

Thanks to everyone who wrote to say they enjoyed the blogs. I had thought social media killed blogging, but a few of you seem to be here in the afterlife. Isn't it strange how a blog without comments is so much more intimate than social media? I think the key is that blogs are like letters, and letters are the most intimate human experience that doesn't involve touching someone's butt. Come to think of it, they may be more intimate now than in their heyday because only a few of you will even bother to read.